There is something intriguing about the history of a home – who designed it and why, what accomplishments occurred under its refuge, who might have met within its walls and what precious moments might have consequently transpired? This trail follows the homes from the life of Louisa May Alcott that appear to make cameo appearances in Little Women – from their humble homes in Concord to the Hancock family manor in Boston. “In a suburb of the city…an old brown house, looking rather bare and shabby, robbed in of the vines that in summer covered its walls, and the flowers which then surrounded it.”

According to Louisa’s teacher, Henry David Thoreau, Hillside was haunted by one of its previous owners. Despite this, Louisa spent happy early teenage years here and it became one of the homes that inspired the Marches’ abode.

Hillside features the staircase where the Alcott sisters played Pilgrim’s Progress, walking up and down carrying “burdens” representative of those the March sisters bemoan in the opening chapter of Little Women.

They staged performances at the Hillside barn, including “Roderigo,” the play the March sisters perform at Christmas for the neighborhood children.

Just as Jo wrote the plays performed by her sisters, so did Louisa – and just as the March sisters invited their neighbor Laurie into the PC&PO, the Alcotts too joined with their neighbors in forming a dramatic society.

It was also at Hillside that Louisa had, for the first time, a room to herself (very much akin to Jo’s garret, where she would escape to be alone and write). It was a room cherished by the thirteen year old Louisa, who credits her mother Abigail with having taken the time and care to make it “very pretty and neat for me.”

Just as Marmee encouraged Jo to write, so too did Abigail spur her daughter to write daily. Louisa did – and it was Hillside she began writing her first published book, Flower Fables. While Hillside might have inspired the scenes at the March family home, it is Orchard House that is most synonymous with the novel. Named after the abundant orchard of apple trees gracing the property, the house is alluded to in references to Jo’s genius burning – during these occasions, she would retreat to the garret armed with baskets of apples and her writing hat.

It became Louisa’s most permanent home, where she was said to finally feel comfortable enough to pursue creative interests. Today the house is a museum to the Alcott family – and remains fitted with the “shelf desk” at which Louisa wrote Little Women.

Seeking the closer company of friends, relatives, and potential employment, Louisa’s mother Abigail advocated for moving to Boston. The Alcott family spent some years living in the prestigious Boston suburb of Beacon Hill – where Louisa’s great-aunt had lived.

An example of a Federal-style four-story brick townhouse, Nichols House may not have been historically connected with the Alcotts, but remains a prominent feature of Beacon Hill. It was built by Massachusetts state senator Jonathan Mason in the early 19th century.

Filled with 16th-19th-century furnishings and decorative arts, the house showcases how Beacon Hill’s residents lived – residents to whom the March sisters might have been connected closely enough to have been invited to events such as the Gardiners’ ball, likely held in such a home. 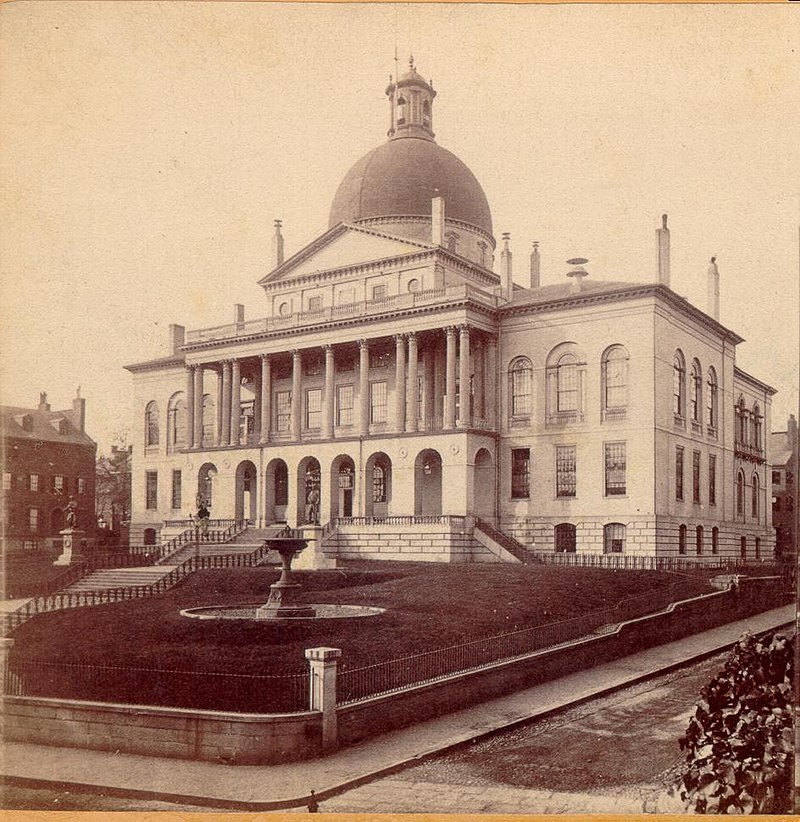 One of the oldest buildings in Beacon Hill, the Massachusetts State House is graced with marble floors, spacious rooms, and works of art.

The land on which it stands had originally been part of the estate surrounding Hancock Manor, utilized as John Hancock’s cow pasture.

Now John Hancock was not only the first governor of Massachusetts – he was also the husband of Louisa’s great-aunt Dorothy Quincy, on whom Little Women’s Aunt March is reputably modelled. Their home, Hancock Manor, was nothing short of opulent.

A three-story granite mansion, this home was ensconced in massive brown stone walls and graced with ornamental windows that opened into beautiful extensive views over a family estate including gardens, orchards, fruit-tree nurseries, coach house, stable, and pastures.

The manor might have easily inspired Louisa’s pictures of Plumfield, and perhaps even Laurie’s luxurious home next to the Marches. One would walk up granite steps paved with sandstone to enter the foyer, before moving leisurely through the carved broad staircase into the elaborately panelled wooden hall, great ballroom, or great dining room.

Hancock Manor’s staircase landing featured a window seat looking out upon the garden and the city – the sort of window Laurie might have stared forlornly out of until Jo threw the snowball up to him to inquire after his health. Unfortunately it is no longer possible to lounge on this sublime window seat – in 1863 the manor was sold at a public auction and promptly demolished.

Jo visits Laurie at “the Palace Beautiful”: The Old Manse

The Old Manse in Concord might also have informed the imagining of the Laurence estate. Home to Louisa’s distinguished neighbour Ralph Waldo Emerson, the Trustees of Reservations describes the Old Manse as “a handsome Georgian home…among rolling fields edged by centuries-old stone walls and graced by an orchard;” very much akin to the portrayal of Laurie’s house in Little Women: “a stately stone mansion, plainly betokening every sort of comfort and luxury, from the big coach-house and well-kept grounds to the conservatory.”

One can picture Laurie racing down the stairs back to his guest or playing the piano, Jo gazing at the countless library books and James Laurence’s portrait on the wall.

After Laurie accidentally runs into Jo as she’s coming out of the newspaper offices after submitting her first story for publication, he shares her excitement and hope, exults that she is “the celebrated American authoress,” and they race down a hill on the way home.

It is at Beacon Hill where Louisa’s first story, The Rival Painters, was published in 1853 – and the first published story of her Little Women counterpart, Jo March, bore the same title.

A descendant of the Alcott family, Eve LaPlante, recently wrote Marmee & Louisa – a biography of mother-daughter duo Abigail and Louisa, in which she laid out the attributes and histories of Louisa’s father and that of her mother’s brother, Samuel Joseph May. She persuasively argued that the more likely model for Mr March was in fact the latter.

A dedicated and affectionate brother, Samuel May had taken time to tutor Louisa’s mother Abigail in philosophy and the humanities, multiplying the effects of his schooling in Harvard – similarly, Mrs March reveals to Jo that her husband had shared his learning with her, expanding her mind and capacity to innovate. He stepped in to help Louisa’s family in their most dire need; he was known to lavish practical kindness on the needy.

Louisa describes the father of Jo March as “a minister in nature as by grace. A quiet, studious man, rich in the wisdom that is better than learning…earnest young men found the gray-headed scholar as earnest and as young as heart as they; thoughtful or troubled women instinctively brought their doubts and sorrows to him, sure of finding the gentlest sympathy, the wisest counsel; sinners told their sins to the pure-hearted old man, and were both rebuked and saved; gifted men found a companion in him; ambitious men caught glimpses of nobler ambitions than their own.”

History has attributed Bronson Alcott with novel ideas and brilliant intellect, but such language as Louisa uses in Little Women more closely resembles the platitudes spoken of Samuel Joseph May, “the most truly Christian man I have ever known—the purest, the sweetest, the fullest of faith, hope, and charity, the most like the Master.” 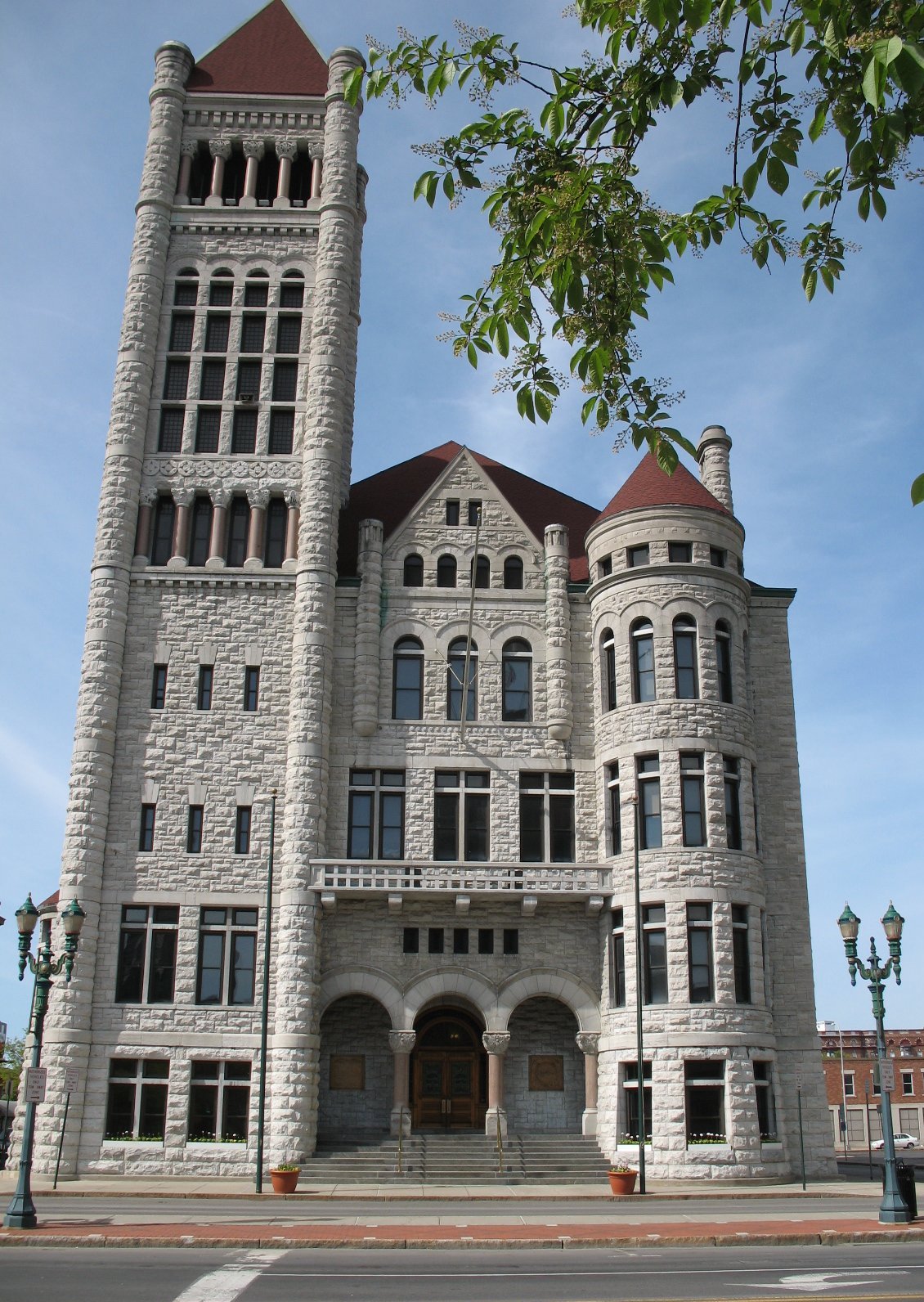 Today, the Syracuse City Hall Common Council Chambers (pictured above) features a Little Women exhibit displaying the local connections of the Alcotts to Syracuse – including a photograph of Samuel Joseph May’s home, where he hosted Louisa and her family during the 1850s and 1860s (he served in Syracuse as a minister for about twenty years until 1862).

It is reputed to have been a modest home – much like that of the Marches, where daughters wife and neighbors rushed to welcome home the beloved father, husband and friend.